How to Change Your Server Type in Minecraft 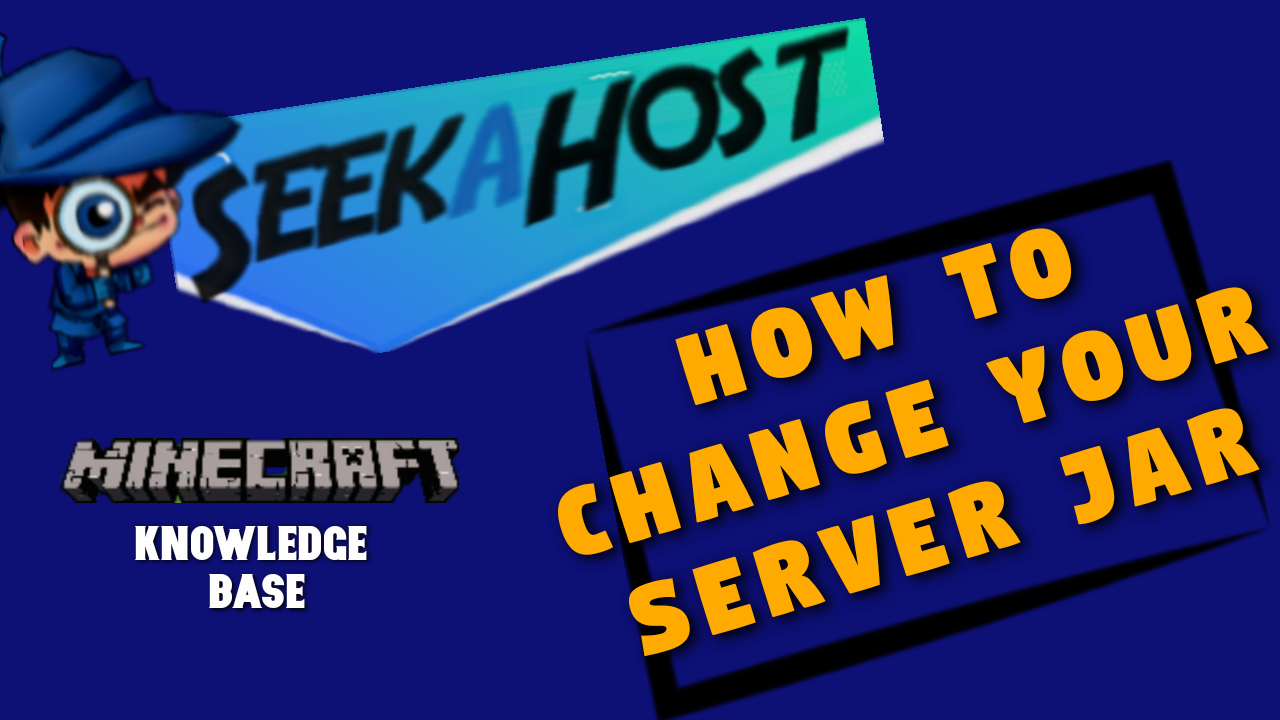 How to Change Your Server Type quickly and easily by changing the jar type.  Switch between Bedrock, Java or modified versions in a few easy steps with SeekaHost tutorials

How to Change Your Server Type Video Tutorial

What is a Server Jar File?

Your server jar file is how your server runs. Supporting mods, plugins and creating a game around the version you are playing. As Bedrock, Java or different version of Java have different playing mechanics or features.

For this reason you are given the option to change your server jar on your multicraft control panel. This way you can change your server to different versions of the game. For example in the video above we swap from a Java paper 1.16.5 version to an official Bedrock server.

Minecraft Bedrock Edition is a great way to connect and play with friends on different platforms. Minecraft has worked hard to create a Minecraft game that can be played not only on PC, but on Xbox/PlayStation/Mobile and Nintendo Wii.

Game mechanics differ from Java in subtle ways such as Redstone mechanics, combat and a different word/mob generation. In essence all the editions revolve around the same game but Bedrock has been better built to work across different platforms and devices.

Servers for bedrock can be easily accessed with both pc and mobile version. How ever other gaming consoles may need to use a 3rd party app to connect to more servers than are originally given to you.

Played on PC this is the original Minecraft version and is known to have less in game bugs than Bedrock. Game play is very similar to the Bedrock version in vanilla mode (normal with no modifications)  but does have subtle differences in the ways that mods spawn. Also the way the world generates has small differences along with crafting and combat.

You can choose older or newer versions of Vanilla Java more easily and connect with your launchers. Some use older versions as they find that game play has less bugs or for use with modded servers.

You cant add mods or plugins on vanilla servers as they just consist of normal gameplay. How ever if you are looking for a non modded server which you can add plugins too you have a choice of a few.

We have a video outlining differences between Java and Bedrock here.

Modded servers allow you to add different modifications to make gameplay different. From adding magic creatures or more ores, to the more extremes of RLCraft or Pixelmon that can have up to 125 mods in one game.

These take a little more time thank other servers as you need to download the correct server jar, add the mods and also add mods to your own pc to connect with them. Curse forge has made client side  much easier with their new beta launcher. Making is super easily to now download mods and connect to servers with them or even play single player.

How to add mods client side.

How to add mods on your server.

How to Change Your Server Type Written Tutorial

First of all you need to stop your server via your multicraft control panel, this will stop any files getting corrupted.

Optionally you may want to backup your world just in case you want to use it in the future. To do this you can head over to the left hand side of your Multicraft control panel. From here go to Files and then Backup.

Press create back up and once complete it will create a world.zip folder in your server files. To download  simply head to your FTP file access, log in and head down to your world.zip file. Tick the box and then click download on the top right of the page. Now you have a safe saved world in case you ever want to swap back.

Before swapping to another version of Java or perhaps changing to Bedrock its always advised to clear old files. To do this you need to go to Files and then Setup.

Now just tap apply and once your server is started back up again this will take effect.

If you are having problems deleting server files you can also use Filezilla. You can connect your server up using your ftp file access info and delete all the server files prior to starting with your new server jar. A server back up is suggested if you do this method. All new server files will be loaded again once you load up a new server jar.

On your multicraft control panel you can now select a different server jar from the Server JAR. As in the video you can switch edition now to the one you want to use, for example maybe a 1.12.2 version or perhaps forge to add mods.

Press save on the bottom of the page once selected and go ahead and start your server back up. Thats it, your all done and have now successfully changed your Server Jar.

Conclusion on How to Change Your Server Type

Minecraft has many fun editions you can play on, using these few easy steps you should now be able to play with your new modded servers, Bedrock servers or any edition you wish to play next.

Looking to Start Your Own Server?