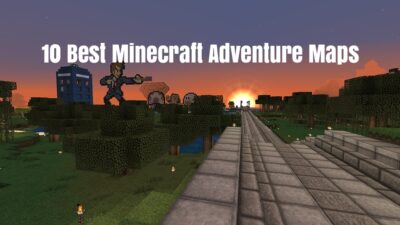 While Minecraft remains the creative’s paradise, it’s also a nightmare to the connoisseurs. But with the huge collection of user-created adventure maps out there, it’s almost impossible to miss out from the finest adventures.

Also read: Minecraft Coordinates: Getting Started with the Coordinate System in Minecraft!

Minecraft adventure maps presents self-contained experiences which are more about exploring and often, include fighting. With these maps, expect puzzles, traps, and all sorts of hidden secrets; while many of them can be played quite happily by solo-player, some are better for multiplayer game. 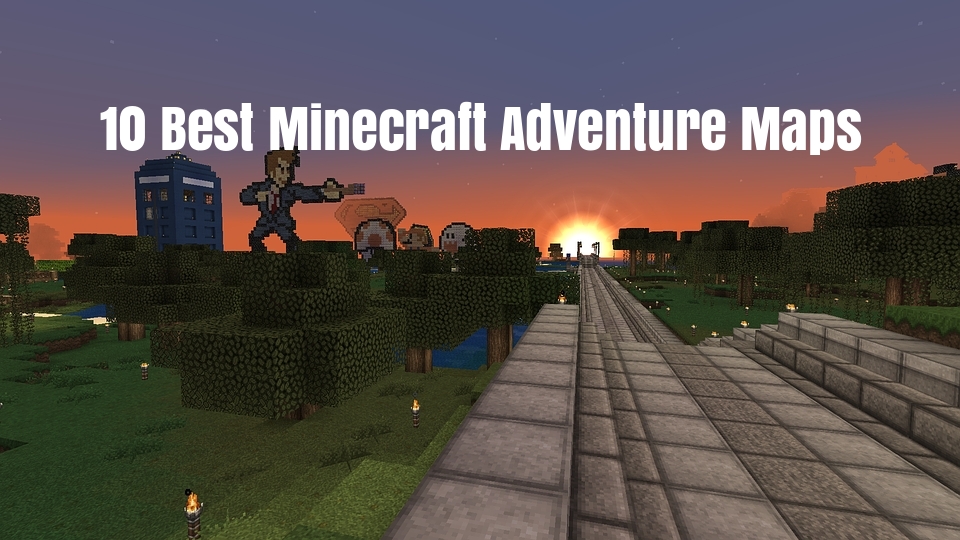 For the best mind-boggling Minecraft adventure maps, we’ve whittled down to the finest user-created environments to get the best from each category, whether a Minecraft tourist map, or the Deep Space Turtle Chase to relive your wildest adventures imaginable.

But first, let’s give a little introduction to the adventure mode in Minecraft, for those who are newcomers to the game!

Introduction to Adventure Mode in Minecraft

Minecraft has one of the largest followings and player base in the gaming world. And the popularity is perhaps due to the different game modes available such as creative, survival and adventure mode.

The Adventure mode limits the permissions of the players to avoid griefing or unwanted actions, and fundamentally designed to work on maps, which are designed by players as unique challenges or story-driven adventures.

This mode, along with all things in Minecraft, such as modders, programmers, and players have taken another dimension, thus creating incredibly unique challenges, maps, and immersive storylines.

Download links for the video maps at the bottom of the page.

These are the best adventure-mode maps based on factors, such as popularity and total number of downloads. We also made sure any map with broken download links are left out. But, bear in mind that almost all of them have particular rules that you must abide with in order to ensure they’ll work properly. 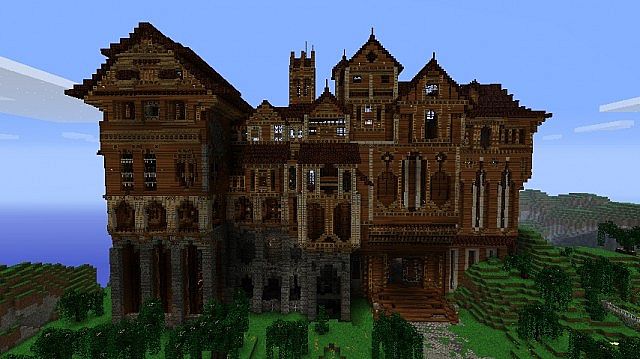 Herobrine’s Mansion adventure map is packed with a lot of things to discover, such as half a dozen bosses, custom enemies, special items, and unique potions.

It is created by Hypixel, one of the community’s most respected creators and no wonder, it is widely regarded as one of the best adventure maps, designed for multiplayer game with friends, but it can also be enjoyed with solo-play.

2. Kingdom of the Sky

Kingdom of the Sky is a unique adventure map that adds the novel concept of narration, by a series of YouTube videos which the player is given at some key points.

While players can carry on playing during the narration, as it is more like listening to the audio logs in BioShock, chats to you. If perhaps, you choose to ignore them you’ll still enjoy an expansive high fantasy map exploration. 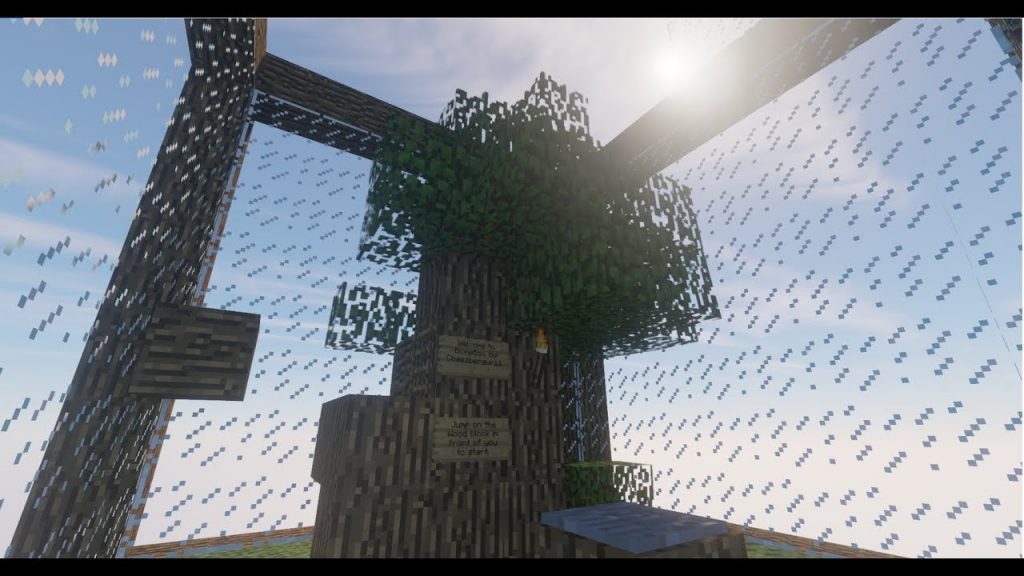 BiomeBox offers ten visually distinct game levels for players to play their way through, with each level based on a different biome, ranging from Nether to cake, then leap into a twilight zone. 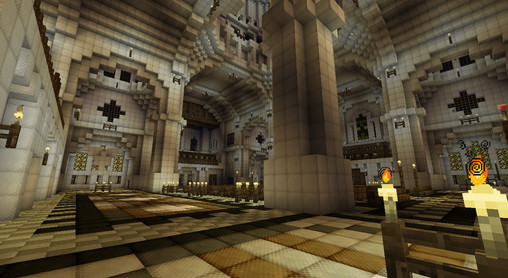 The Tourist is perhaps one of the longest adventure maps, which clocks around four hours from start to finish, depending, of course, on how much time you want to spend on staring at objects.

This map doesn’t only feature some of the most impressive builds in all worlds, it even boasts of mini games and own soundtrack. 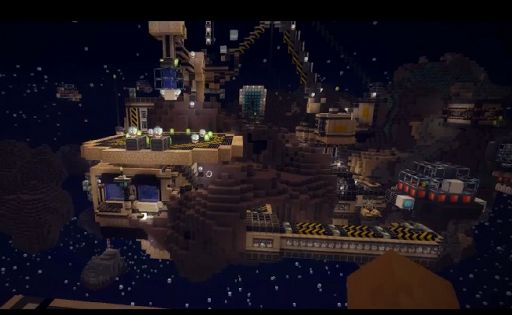 Deep Space Turtle Chase let players search for the most wanted criminal, Dr. Earl S. Testudine, who is perhaps hiding on the mining station beyond Tarsus 3.

It is a sci-fi based Minecraft adventure map which purportedly took its creators about three months to build, transforming the blocky world of Minecraft into a remarkably different space. 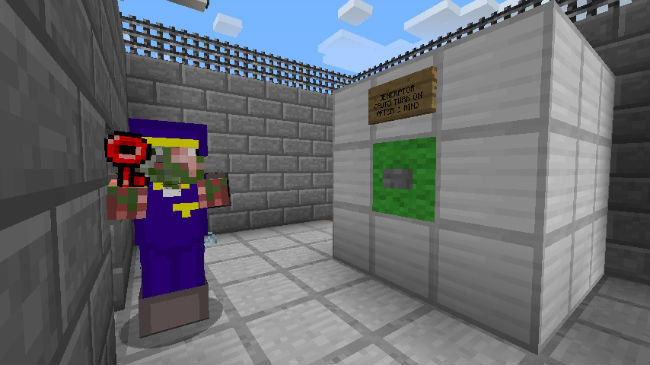 The Escapists 2 is a classic adventure map that lets you plot the ultimate escape plan, using resources you can find, and also gaining notoriety among fellow prison-mates to get their corporation.

It obviously took inspiration from one of the best prison simulation games around, but this map features about eight massive cells, jobs, and currency system. 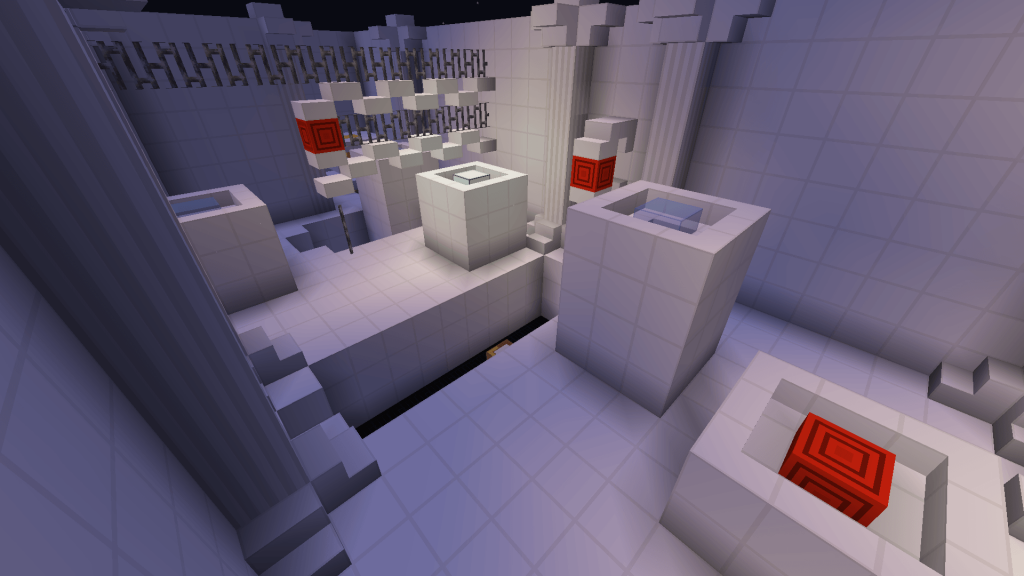 Fireworks Parkour is a classic Minecraft adventure map with a unique twist; which is instead of expertly timed jumps, you’d be propelled through the map with TNT.

It boasts white-and-red aesthetic of free-running favorite Mirror’s Edge, but we can’t promise it is any practical time method of propulsion. Once you start your sequence of explorations you won’t be able to pause and even catch a breath. The fireworks just pour out of each blast making for a great visual touch. 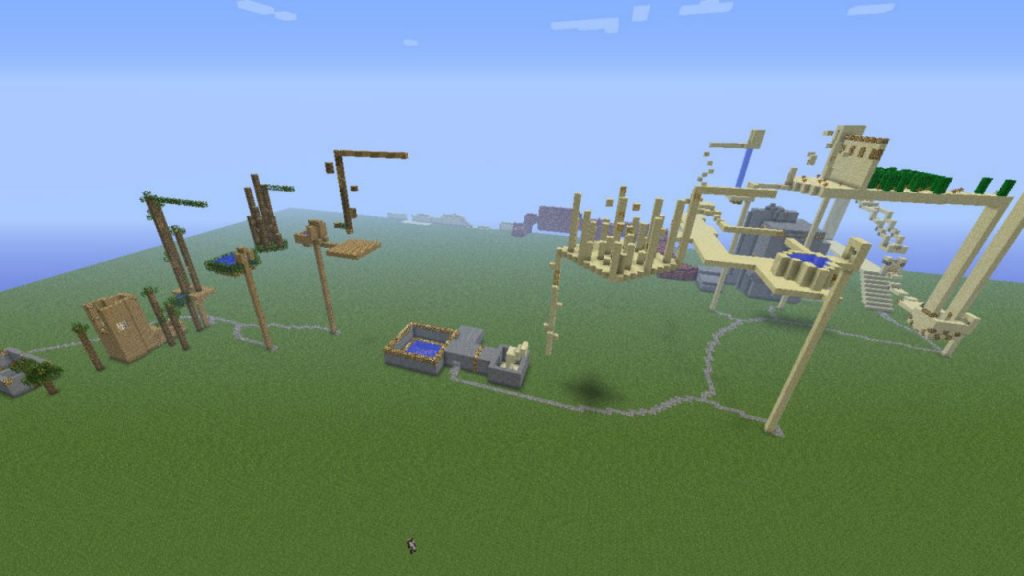 Last Jump Hero is a parkour Minecraft map which asks only prospective players just a couple of things: including their willingness to jump and pre-acceptance of failure. And you don’t have to concern yourself with cohesive visual design, or game variation when loading up the adventure map.

9. Wrath of the Fallen 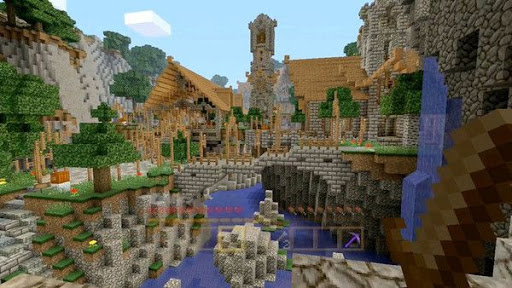 Wrath of the Fallen is another work from Hypixel, but this adventure map is full of truly beautiful structures, with custom weapons, boss fights, challenges, potions, items, secret sections, and even Easter eggs.

It is recommended for multiplayer, however, you can play solo if you are ready to scale the huddle. 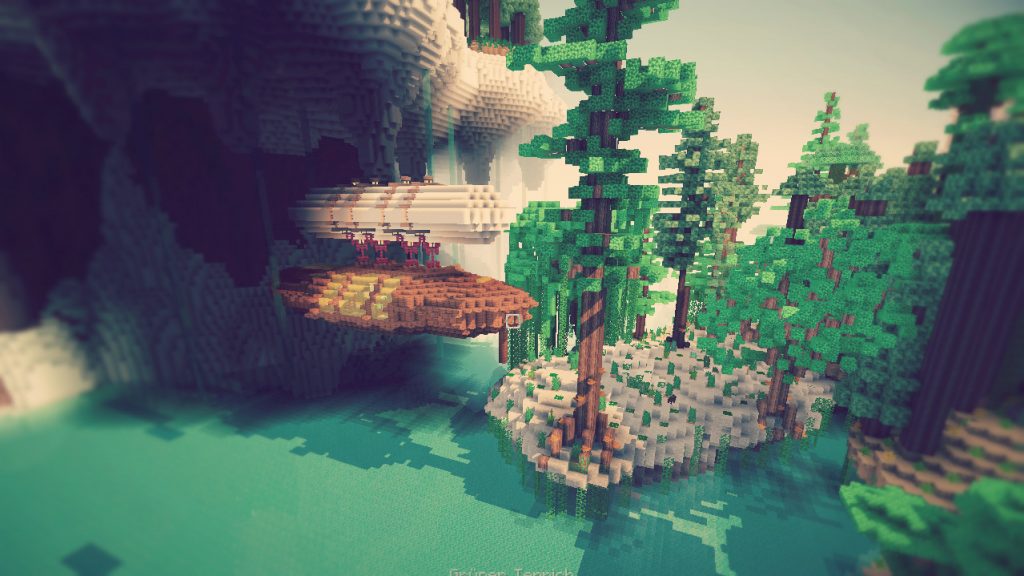 Teramia is among the largest Minecraft adventure maps, which as an open-world, include non-linear RPG. It leaves player free to wander, and explore various districts, also helping the NPCs along the way.
Without an actual focused core quest, the map is split into four regions, which are populated by a variety of mobs and villagers, and also home to nine dungeons and series of fortresses to be claimed by you.

If you saw the video at the top of the article you might have noticed a number more awesome Minecraft adventure maps to try. Here are the rest with the download links included! 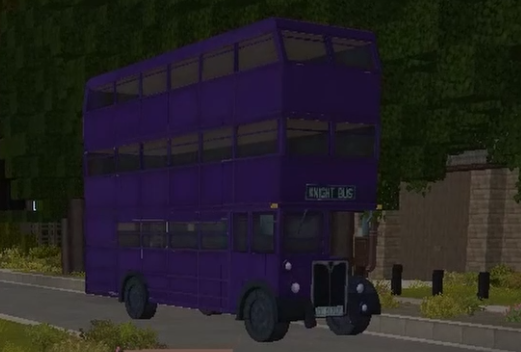 This amazing Harry Potter Minecraft adventure map is like nothing you have ever seen. With storylines, cut scenes and even navigational compasses and quests this is a totally immersive adventure map which can not only be played single player. But also multiplayer on servers for up to 8 people.

This custom build map is for the purpose of keeping your friend in his cell. The inmate has to try and escape the prison and finally make it to the helicopter to leave. How ever the warden has control of the doors so you need to find some of the many escape routes to take and try sneakily get our of the prison with out getting noticed. 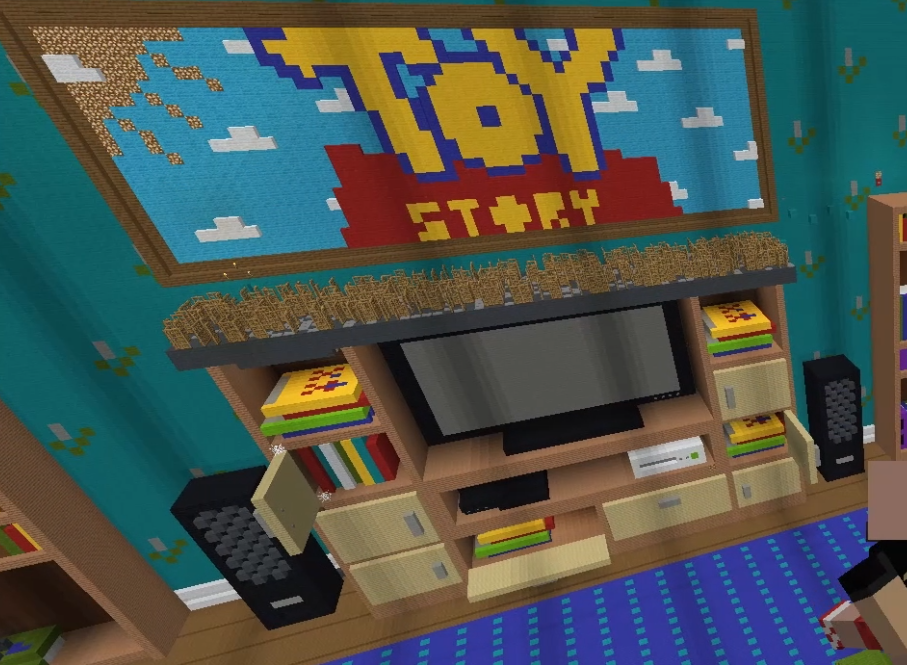 One of the most iconic maps you will find. Not only will this replica of Andy’s house leave you speechless in terms of building techniques but the adventure map is also great with lots of checkpoints, parkour and different rooms to explore through out the map. Featuring Andy’s room, the living room, kitchen basement and even garage this is a huge scale map which even in creative mode takes some time to fly around and see the whole thing. 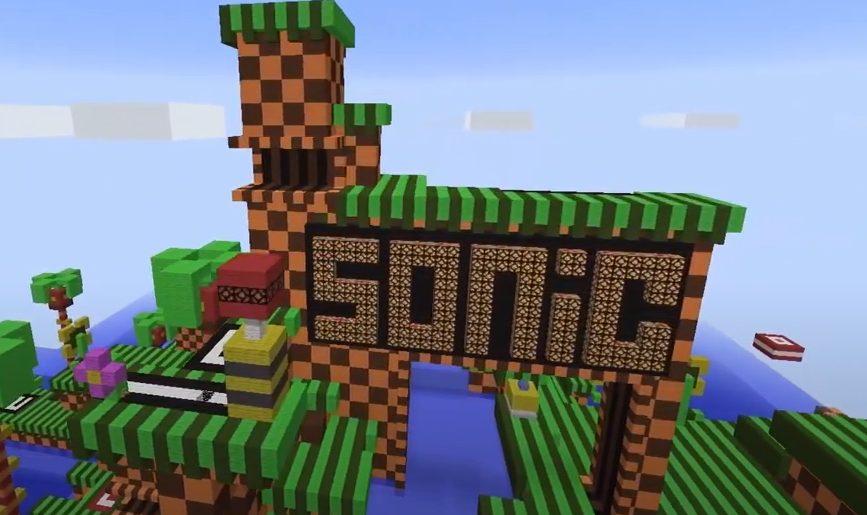 This Minecraft adventure map will get you feeling like sonic in no time. This map is a racecourse which builds up higher and higher untill the finish. So strap on your sonic boost and start boosting around the track and trying to complete all the crazy jumps and explosions along the way. 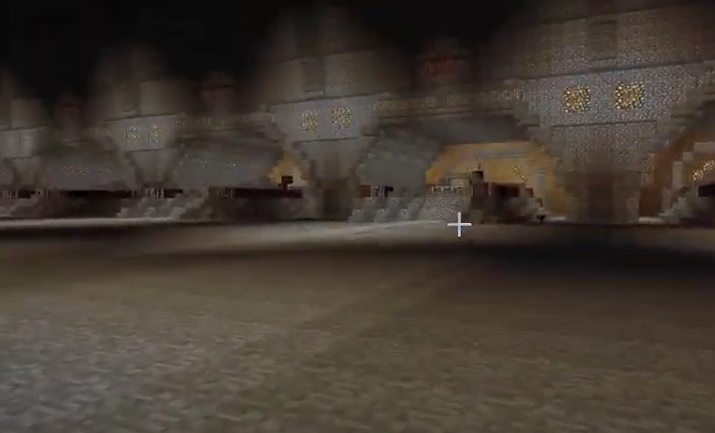 Last but not least we have the Star Wars Minecraft adventure map. Now although impressive in scale this map dos show what version it was made in simply by the amount of cobble stone used to build it. How ever its still little map to play. I mean if Hypixel ran it on its server for some time its got to be ok. Choose between two teams and fight it out with your pals to beat the force and be the winner!

In conclusion, these maps are all playable as is, but it is recommended to play with Optifine for best visual experience. And the maps can also be used on your own servers, but make sure you give the creators the deserved credit.

Minecraft is truly fascinating, and who wouldn’t want to experience this amazing game!

You can start by first playing Minecraft online for free to have the multiplayer experience, and so that you can experience SeekaHost Game servers and the performance before buying your own Minecraft server hosting.