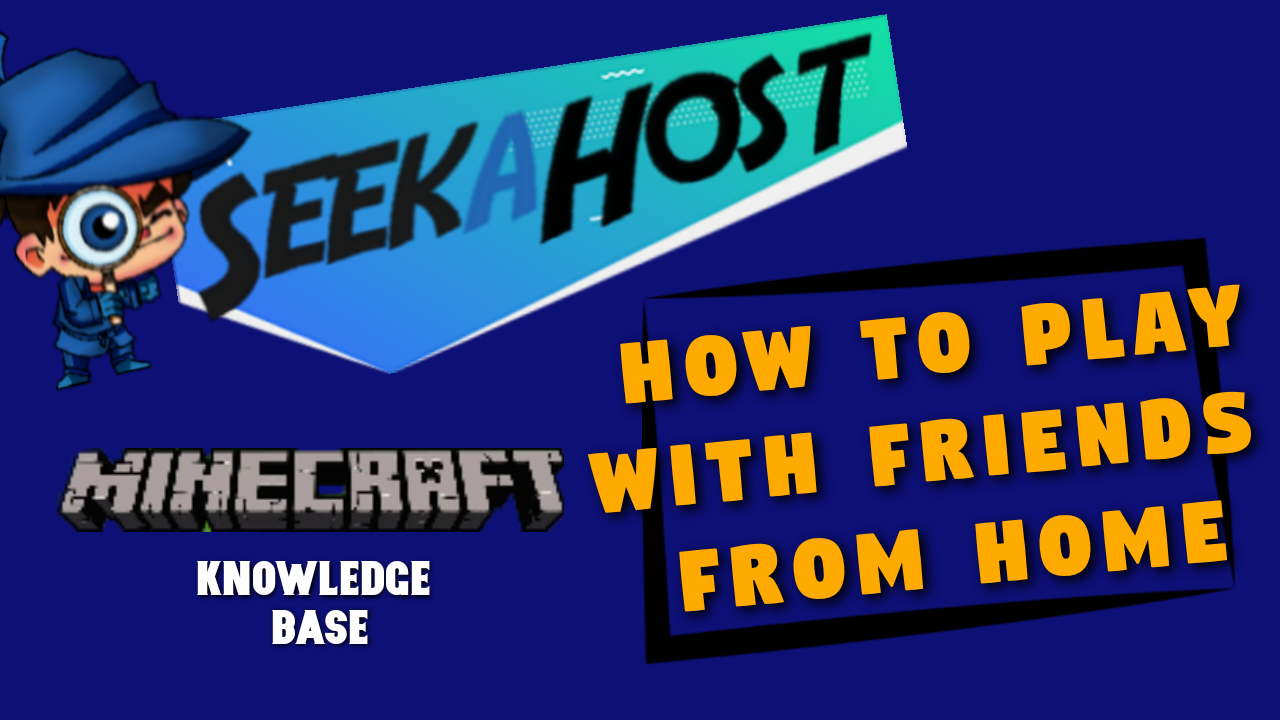 How To Play Minecraft With Friends On PC At Home: 7 Tips

Playing Minecraft with friends on PC  at home is so much fun. I can see how Louis and Sam do it. They recently built an office for SeekaHosters in Minecraft world.

How To Play Minecraft With Friends On PC

Minecraft is a great fun game with creative sides, but playing solo can be a bit lonely at times.

And it can be quite daunting for new players who would definitely find out that it’s easy to get stuck trying to set up a Minecraft server. Therefore, you might want to play with your friends to share your creations with them.

This guide is meant to help you learn different ways to play Minecraft with friends across a variety of platforms.

Minecraft has enjoyed great popularity, which many assume it’s due to the expansive and seemingly endless possibilities in single-player; rather the main reason is the ability to play Minecraft with your friends, even when they are far away. 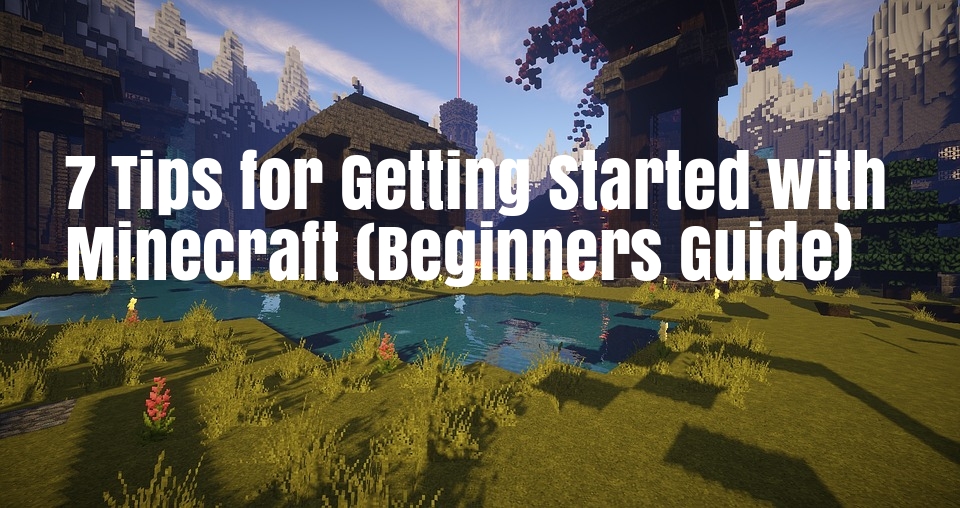 Why You Should Opt for Minecraft Server

Running your own Minecraft server is perhaps the best way for you and your friends to connect easily to play Minecraft.

As you can set your server to any version of Minecraft, or even modify the Vanilla flavour, and running a server won’t cap the number of players who can join (but, you would need a powerful server if you want to host a large number of players).

And playing Java Edition Minecraft with friends on a modded server is one of the most fun, flexible, and best ways to enjoy the game.

But keep in mind that you can’t join a Bedrock Edition server off of PS4, Nintendo Switch, Xbox, or any other similar gaming platform. It can only be done from a PC (Windows 10 Edition), iOS, and Android-based device.

You can also create a server on your PC, but many factors come to play in running a server such as 24/7 uptime, DDoS protection, technical support, and many more.

Therefore, we won’t recommend running a server on a home computer to a beginner, as all of these factors are taken care of by SeekaHost.

7 Tips for Getting Started with Minecraft

The following tips for beginners will set you on the right track to enjoying playing Minecraft game before you even know it.

1. Gathering The Wood and Wool

This is perhaps the first thing to do once you’ve launched the gameplay, as gathering the wood and wool allow you to build a bed which will act as a future spawn point and also as a way to avoid the night creatures in the beginning of gameplay.

This is possible even with dirt and you only has to have walls of 2 blocks high to keep off the night creatures. Just make sure before sunset on the first day that you have a small house built, mostly around 5×5 should be fine. 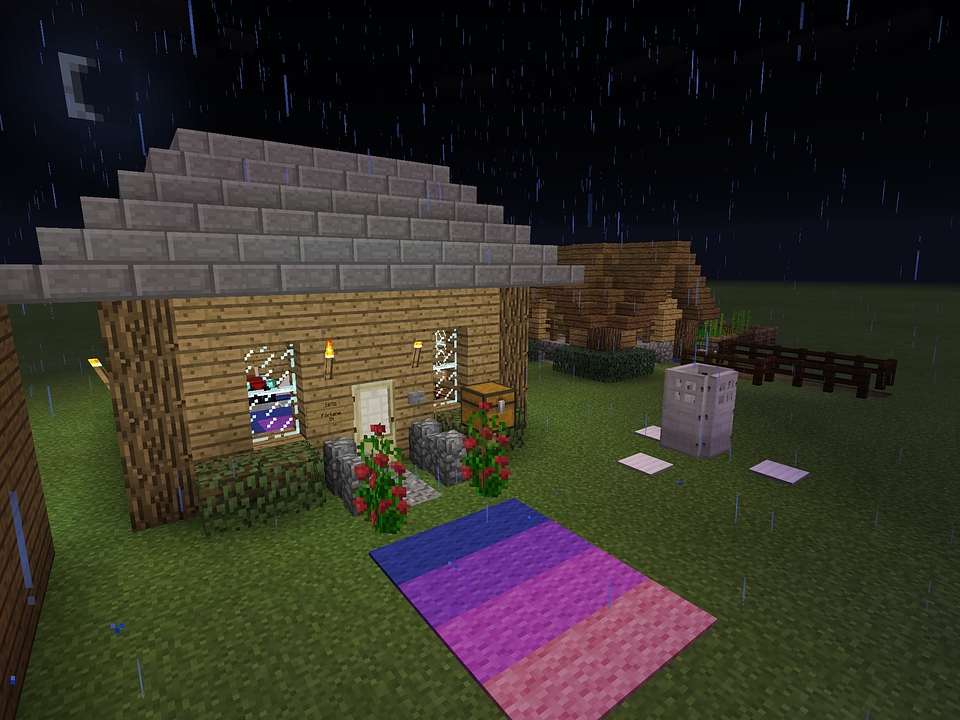 Try to seal off yourself on the first night as you’ll always be able to dig your way out in the morning.

But dig down a few layers keeping in mind that you will need a dirt staircase and place for your bed. Then go to sleep, and expect to have a big day working in the morning.

Here, torches are your best friend, always make sure you have a good supply of torches. If you’re mining, the torches are invaluable to light up the holes and if you discover caverns they’ll equally require to be light up.

Most mines, however already have torches but there are some areas that still need lighting, as they are dark. Also, torches act as great map markers which can be placed on the top of towers or near doors to help you find your bearings.

4. Watch out for the Skeletons

When you’re out at night, always watch out for the Skeletons as they offer the best rewards. The very bones can be used to make friends with the wolves, or be crushed into bone meal for use in fertilizer or dyes and even to carry arrows, though it can take a while to build.

5. Never Dig Straight Up Or Straight Down

While digging straight down may seem the easiest way to explore hidden depths, but if you happen to chance upon a mine or cavern you would also easily fall and die as you’ll lose all your gear.

And digging straight up result in two problems, first you could be washed down the shaft if you hit the water and potentially flooding the mine you have dug. In the same vein, if you hit gravel you might find yourself right on the tail end of a cave in the mishap.

6. Use the Right Tool for The Job

A good place to start digging is of course the mountain. And many mountains yield large caverns with more ore, chests and tracks. 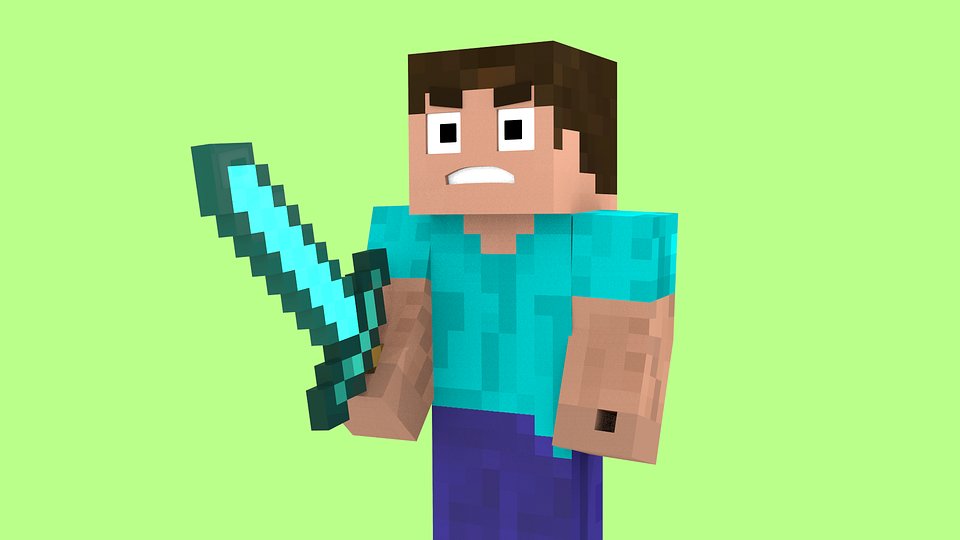 If you find emerald, gold, or red stone always make sure you use an iron pickaxe to mine it otherwise it will not yield anything.

Whenever you are farming, look for a small pool and place a dirt island, keeping a channel of water around the outside in the centre. And use a hoe to cultivate the ground and plant wheat for a constant supply of wheat.

It is useful in making wheat bread which helps to restore energy and also for luring cows and sheep into pens.

Additionally, as you get deeper in the game you’ll want to have a steady supply of food because starving is another cause of death. And the more cows you have the more the food you can make, without even having to go far from your base.

How To Play Minecraft With Friends On PC

Minecraft game is by far the best game kids can play to improve their creative thinking while at the same time having fun on the survival mode.

If you want to play Minecraft game online for free, visit this page. And if you’ve made up your mind to buy your own Minecraft server, this page has all the resources you need.

My main motive is to provide the younger generations avenue to play the Minecraft game online with their friends on the best performing game servers and improve their creative thinking.